The first European ADPKD Congress for patients and professionals was recently held in Brussels. 54 participants from 15 countries discussed various aspects of ADPKD in two plenary and 6 breakout sessions. The interactive ADPKD Patient Route Map served as a "red thread".

The slides and videos of the sessions are now available on the PKD International website. For our members we have summarized the most important findings:

Albert Ong, Professor of Nephrology at Sheffield University and founding member of the European ADPKD Forum (EAF), reported on an important success of the PKD Outcomes Consortium. The PKDOC was able to obtain the approval of the total kidney volume (TKV) as a prognostic biomarker from the FDA and EMA. Prognostic biomarkers provide indications of the expected individual course of the disease.

Djalila Mekahli, Assistant Professor for Pediatric Nephrology at the University Hospital Leuven, Belgium, and member of the EAF, highlighted the role of ADPK in pediatric patients. For example, there are children in whom ADPKD shows symptoms at an early age. It may also be helpful in certain cases to treat symptoms associated with the course of ADPKD such as high blood pressure and proteinuria at an early stage. In July 2017, Djalila Mekahli launched the ADPedKD Register to gather information on ADPKD in paediatric patients. The Register currently contains data on approximately 460 patients.

David Baron, Chief Scientific Officer of the PKD Foundation, USA, presented the results of the SONG-PKD study, in which around 1000 ADPKD patients and specialists were asked about ADPKD-related topics of importance to them. Among the most important topics were kidney function, mortality, cyst pain and cardiovascular diseases. The results of the SONG study are intended, among other things, to provide guidance for future studies to ensure that issues that are important for patients are addressed.

Tevfik Ecder, Professor of Nephrology at Florence Nightingale Hospital in Istanbul, explained risk factors related to ADPKD. In particular, smoking, increased salt intake, high blood pressure and obesity can have a negative effect on kidney growth and renal function (and cardiovascular diseases). Ecder recommended 6 g per day for the intake of salt. Ecder explained that the change in diet is a challenge, but that the taste buds would adapt to the salt-reduced diet within 4-6 weeks. For high blood pressure, Tevfik Ecder recommends regular and careful monitoring.

Djalila Mekahli, Assistant Professor of Pediatric Nephrology at the University Hospital Leuven, Belgium, and member of the EAF, emphasized in her presentation that ADPKD needs to be given more attention in pediatric patients. Parents and professionals alike have the responsibility to educate children about the disease. In particular with regard to high blood pressure it can have a positive effect on the disease progression if it is observed and treated early. Moreover, children should be encouraged to take part in sports at an early age, whereby sports with strong physical contact should rather be avoided. Caffeine-containing drinks such as Coca Cola should be omitted if possible, since caffeine promotes cyst growth. Mekahli also recommends that girls do not use estrogen-containing contraceptives, as estrogen has a negative effect on the growth of liver cysts. All in all, multidisciplinary patient support is essential, according to Mekahli.

Breakout 2: Predicting the progress of ADPKD

In addition to the gene mutation, family history, body size, height adjusted kidney volume in relation to age, kidney function, age, sex, certain symptoms such as high blood pressure and biomarkers can also provide information about the progression of the disease. Gansevoort emphasised, however, that all these possible indicators only explain 15% of the course of the disease.

According to Gansevoort, it is important to consider all these aspects in an integrated approach. For the future, Gansevoort hopes that there will be a consensus among experts on how to assess the progression of the disease.

Lucas Bernts, PhD candidate at Radboud University in Nijmegen, Belgium, discussed difficulties that may result from liver cysts and presented treatment options. According to Bernts, about 90% of all ADPKD patients have liver cysts. Most of them do not experience any symptoms, as there is usually only a single liver cyst or several smaller ones.

Bernts concluded by stressing that treatment should be tailored to the patient and that a liver specialist should be involved.

Ron Gansevoort, nephrologist at the University of Groningen, Netherlands, devoted his input to the topic of pain in ADPKD. Thus 60% of all ADPKD patients experience pain, but the topic is still neglected in many places.

According to Gansevoort, pain in ADPKD is based on two causes: distension of the kidney capsule or compression of surrounding tissue. An increased total kidney and liver volume (combination) is the most likely cause of pain.

There are both pharmacological and invasive options for the treatment of pain, whereby a distinction must be made between symptomatic treatment and causal treatment according to Gansevoort. A symptomatic treatment is, for example, the administration of analgesics or antibiotics in case of bleeding or infection.  Tolvaptan has been shown to be helpful in treating the causes in certain cases. The drug reduces the frequency of acute pain events by 30-40% according to Gansevoort’s experience.

Gansevoort also sees the blocking of certain nerves as another way of treating the causes of pain in patients with very severe pain. Gansevoort explained that the two typical causes of ADPKD pain in the body have different routes - and that both responsible nerves can be blocked with a local anaesthetic. Gansevoort reported that 80% of his patients treated with a nerve block showed an improvement after one year, whereas one third of the patients had no pain anymore at all. In this sense, nerve blocks function like a "reset" of the nerve.

Overall, Gansevoort recommends multidisciplinary treatment of pain, involving not only nephrologists and pain specialists, but also gastroenterologists and surgeons. And: In case of pain, the liver must also be examined.

Richard Sandford, Consultant in Medical Genetics at the University of Cambridge, England, explained in his session what "autosomal dominant" means (inheritance of a specific trait (dominant allele) on an autosome (gender-unspecific chromosome pairs 1-22)) and showed that ADPKD is mostly caused by mutations in the genes PKD1 and/or PKD2. These genes are located on chromosomes 4 and 16.

In gene tests, according to Sandford, exactly these two genes are examined for mutations. The presence of a mutation is indicated by deviations in the nucleotide sequence. The possible mutations are manifold. Depending on the mutations, they are significant enough to cause ADPKD.

Sandford explained that the genes PKD1 and PKD2 are usually analysed together in genetic tests. Depending on the gene on which the mutation is located, this could provide an indication of the course of ADPKD - the prognosis is usually better for a mutation on gene PKD2.

Sandford explained that the reasons for taking a genetic test are manifold. But above all, it is important that patients are well accompanied and advised. Moreover, prenatal diagnosis is still very rare.

Transplantation with living donors is the preferred option of renal replacement therapy, as it enables a better quality of life compared to dialysis and is also 2-3 times cheaper. Pirson recommends that at least 50% of patients undergo transplantation as a preventive measure and not only after complete loss of kidney function.

In the case of severe liver complaints, a combined kidney-liver transplant must also be considered. Here Pirson noted that liver cysts usually grow after a kidney transplant - it is therefore important to determine the liver volume before the transplantation.

Despite the fact that transplantation is the best option for renal replacement therapy, there are still many ADPKD patients who opt for dialysis - either because they cannot be transplanted due to age or general condition or because they are not aware of the other option.

Hemodialysis and peritoneal dialysis are equivalent options according to Pirson, although the latter should be avoided in very large kidneys.

At the end of his presentation, Pirson also spoke of the possibility of nephrectomy, i.e. surgical removal of a kidney. This should be avoided if the patient has already undergone dialysis for several years. However, there are cases in which a nephrectomy is indicated, especially before a transplantation.

For the future, further development in a smaller form is possible. Wearable and implanted artificial kidneys would also certainly become an issue in the future, according to Oostrom.

Breakout 6: Understanding research and getting involved

Like industry representatives, Albert Ong, Professor of Nephrology at Sheffield University and founding member of the European ADPKD Forum (EAF), stressed the importance of patient participation in research. According to him, there are three areas which allow participation: 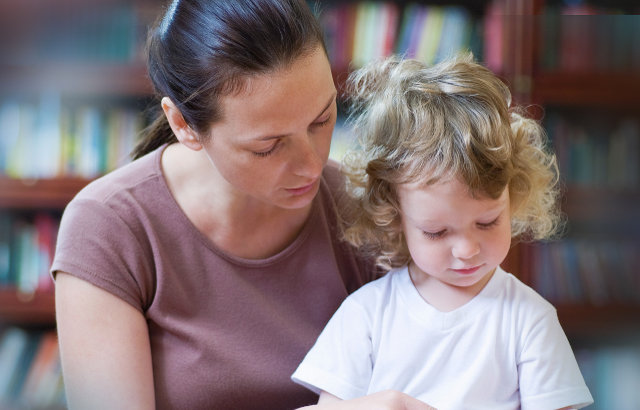 Join SwissPKD or send us a donation

SwissPKD gathers comprehensive information about the disease, its effects and its treatment options, as well as fostering research with the goal of curing the disease. 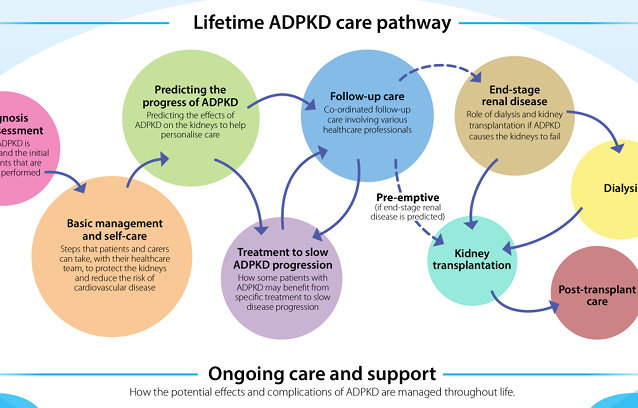 The Route Map answers all important questions about ADPKD and contains recommendations on topics such as genetics or family planning. 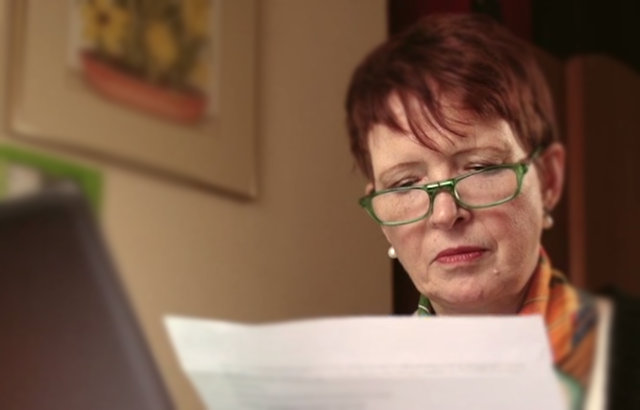